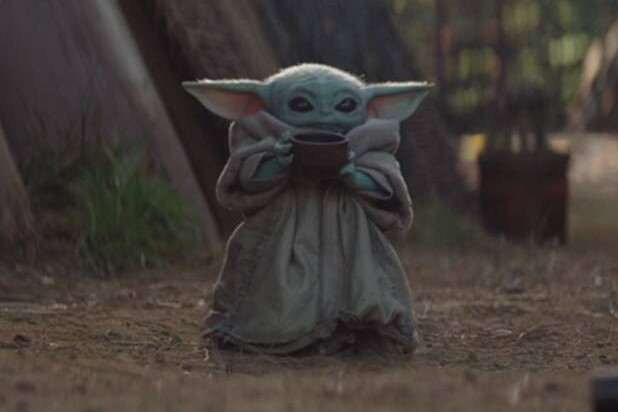 Art Muscolino is a 20 year veteran of the Rochester Police Department, and served in Patrol, License and Warrants, and retired as an Investigative Coordinator.

Art also spent time as a Crime Prevention Officer, engaging with various community organizations, the Association for the Blind and Visually Impaired, Regional Office on Aging, and ARC of Rochester.

For 12 years, Art was the liaison between the RPD, Monroe County DA’s Office, Rochester Psychiatric Center, and the NY State Office of Mental Health, reviewing incidents on site, at Rochester Psych. Center on a weekly basis.

Carl was also an Investigative Coordinator in the Highland Section, Special Criminal Investigation Narcotics Unit engaging in community relations with church organizations, landlords, Middle Schools, and High Schools. Carl was also the Training Coordinator for the Emergency Task force Designated Marksman Team. Carl retired from the Rochester Police Department while working his last few years in the Tactical Unit and retired in 2006.

Ron Baker, upon graduating in 1968, Ron enlisted in U.S Marine Corps (68-70). Spent 2 years of active duty both Stateside and overseas. Honorably discharged with the rank of E-5, Sergeant, Ron joined the Rochester Police Department in July of 1971, and served the West side until 1981. Ron left Road Patrol and transferred to Traffic Section as a Motorcycle Officer till retirement in July 1991. In Ron’s years of service to the Rochester Police Dept., Ron wore many hats such as Patrol Officer, Motorcycle Officer, and Firearms Instructor upon graduating from the FBI Firearms School, Camp Smith, Peekskill, New York.

Bob Craig was Honorably discharged USAF medic to include service as a medic with 21st Casualty Staging Flight in the former republic of South Vietnam. Life-long desire to be a police officer, enjoyed a rewarding and fulfilling career with the Rochester Police Department. Worked with and learned from the best of the best in all ranks and can back that up (try me). Served with people who truly cared about protecting and serving those in their areas of responsibility as well as having the backs of assisting officers. Best assignments were in demanding patrol units working with my brother and sister line officers of the highest integrity and service (love them all). Graduate of the FBI National Academy. Retired to attend graduate work as a full-time student. Received MS from RIT and enjoyed post RPD employment prior to retiring. Nothing in life life compares to the camaraderie of policing. I was and will always be a cop.

Gary Stenclik is a lifetime resident of Rochester. Raised in the North East side of the city and a 1971 graduate of Benjamin Franklin High School. Gary entered the police force in September 1977. He worked patrol in the Maple and Genesee sections. During his 24 year career he was a passionate Fire Arms Instructor, K-9 handler and retired in 2001 from the Technicians Unit. Following his retirement he worked patrol and as a firearms instructor for the village of Avon for close to 4 years. Gary currently resides in Lyndonville NY where he enjoys spending time with his wife of 37 years and spending time with his children and grandchildren.

Paul Boccаcino grew up on the Northeast part of City of Rochester, N.Y,, entered U.S.Navy and reported to basic Training at Recruit Training Center , Orlando, Fla at end of August. Began advanced Training in rating of Aviation Ordinance man at the Naval Air Station Jacksonville, Fla. Upon completion, assigned to Naval Weapons Station, Concord Calif.. Sworn to the Rochester Police Department on September 2, 1977. While in this assignment, was selected for and served as a “Field Training Officer” & in April 1979, competed for and obtained a position on the Special Weapons And Tactics Team.. Remained in the Atlantic Section until obtaining position in the Tactical Section on January 2nd, 1981. While working as a Tactical Patrol Officer, had served on various “details” to include “Robbery Decoy”, Concentrated Hi-Crime area Patrol to address crime patterns & problems including, Burglary, Robbery, Sex Offenses, Larceny & Drug related crimes, Prostitution & Stolen Vehicles. Our unit would routinely assist the Major Crimes / Homicide Unit and Special Investigation Section serving & executing Search & Arrest warrants. We would assist Secret Service for Dignitary Protection.

Paul was blessed and fortunate enough to have attended many schools and training sessions that helped me help others!

Paul left the Tactical Section in September of 1988 to serve as the Highland Section’s Crime Coordinator where he remained for the next 2 years until being promoted to Sergeant on September 5th, 1990.

As a Sergeant, served as Patrol Team Leader in Clinton & Maple Sections, Tactical & Special Investigation Sections & as a co-supervisor in a Joint Federal Violent Crimes Task Force. After leaving the VCTF returned to the Special Investigation Unit where remained until my retirement on April 26th, 2003.

Shortly after leaving the RPD, obtained a position as “Violent Felony Offense Investigator” with the Monroe County District Attorney’s Office. and remained there for the next 2 years before leaving on October 14th, 2016.

Michael McCarthy is a retired Police Investigator from the Rochester Police Department and served thirteen years on the Special Weapons and Tactics Team (SWAT). In June 2013, he retired a second time as the Director of Safety and Security for St. John Fisher College, Rochester, NY after 15 years of service. Mike continues to participate in the development and training of new recruit officers at the Monroe County Public Safety Training Center.

Michael also has published four historical novels. He has published numerous articles for North East Colleges and Universities Security Association’s (NECUSA) The Clipboard and served as editor for six years.

Mike has a Master’s Degree in Human Resources Development from St. John Fisher College and he is the current President of the Irish American Cultural Institute, Rochester Chapter and a member of ARPALER (Association of Rochester Police and Area Law Enforcement Retirees), and the Ancient Order of Hibernians and the Col. Patrick O’Rorke Memorial Society.

David Zimmerman is a retired Sergeant with the Rochester Police Department. He began his law enforcement career in 1975 as a Part-Time Deputy with the Monroe County Sheriffs Office. Dave then worked from 1977 to 1987 with the Village of Brockport Police Department. In 1987, he joined Rochester Police Department. During his time with RPD, he worked numerous Patrol Sections, and then spent 10 years in the Gun Squad. After promotion to Sergeant in 2000, he worked in Patrol and Investigation Divisions. Dave retired from RPD in 2010. In the winter of 2018, he was diagnosed with stage 4 lung and endocrine cancer. He has survived surgery, Chemo and radiation. He is still receiving treatment every two weeks.

Scroll back to top